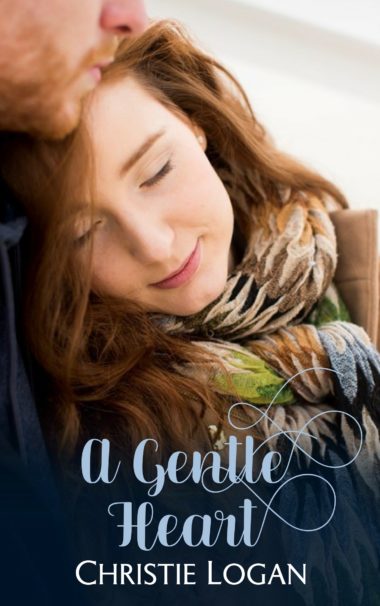 A Gentle Heart by Christie Logan
Ambitious realtor Alex has plans for his life—big plans—and getting dumped by his fiancée won’t sidetrack him. He’ll have to face her again at an important business function, but he won’t let himself be the object of pity and scorn. What better way to show the world—and his ex— how well he’s doing than to arrive with a beautiful woman on his arm? A woman he finds, of all places, behind the lingerie counter of a department store.
Tyffanie has dreams that extend far beyond her sales counter, but she’s been burned by men only interested in her looks. Deep inside, she’s still the gawky, freckle-faced girl other kids used to tease. When handsome, successful Alex enters her life, everything changes. He’s the first to look beneath the surface, respect her, and care about her hopes and dreams.
Alex discovers there is so much more to Tyffanie than outward beauty. He’s falling in love with her kind soul and gentle heart when he must decide how far he’s willing to pursue success and all its trappings. Because his need to win at all costs may cost him Tyffanie’s love.

Excerpt
“Jeeves, huh?” He tried to pet the cat too but when it slunk away from him, Alex realized he had a rival for Tyffanie’s affection. “He looks awfully solid for a street cat.”
“I’m pretty sure I’m not the only one who feeds him.”
The cat meowed loudly, as though he objected to them talking about him as if he weren’t there.
“Oh, I think he’s hungry,” Tyffanie said. “I’ve got some food upstairs for him. Would you mind just waiting a minute while I grab it?”
So she wasn’t going to ask him up? A wave of disappointment hit Alex, followed by frustration. He wanted to be alone with Tyffanie, not stand here and babysit some dopey cat. Come on, guy, think of something! “Those stairs are awfully dark. You should let me go with you—”
“Oh, it’s fine, don’t worry. I’ll be right back.” She pushed open the door and disappeared inside.
Alex scowled at the cat, and he could have sworn the silly animal smirked back.

$50 Amazon Gift Card or Paypal Cash Giveaway
Ends 6/10/18
Open only to those who can legally enter, receive and use an Amazon.com Gift Code or Paypal Cash. Winning Entry will be verified prior to prize being awarded. No purchase necessary. You must be 18 or older to enter or have your parent enter for you. The winner will be chosen by rafflecopter and announced here as well as emailed and will have 48 hours to respond or a new winner will be chosen. This giveaway is in no way associated with Facebook, Twitter, Rafflecopter or any other entity unless otherwise specified. The number of eligible entries received determines the odds of winning. Giveaway was organized by Kathy from I Am A Reader and sponsored by the author. VOID WHERE PROHIBITED BY LAW.

a Rafflecopter giveaway
Posted by Mindy Holt at 7:22 PM