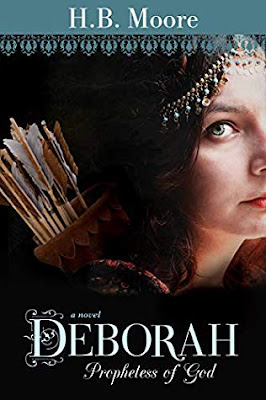 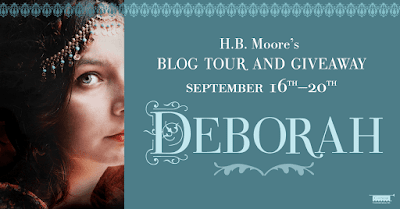 The Lady and the Highwayman by Sarah M. Eden -- blog tour 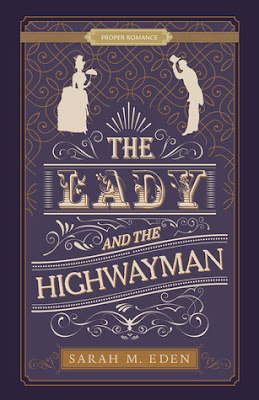 The Lady and the Highwayman

Elizabeth Black is the headmistress of a girls’ school and a well-respected author of “silver-fork” novels, stories written both for and about the upper-class ladies of Victorian society. But by night, she writes very different kinds of stories—the Penny Dreadfuls that are all the rage among the working-class men. Under the pseudonym Mr. King, Elizabeth has written about dashing heroes fighting supernatural threats and dangerous outlaws romancing helpless women. They contain all the adventure and mystery that her real life lacks. Fletcher Walker began life as a street urchin, but is now the most successful author in the Penny Dreadful market, that is until Mr. King started taking all of his readers--and his profits. No one knows who King is, including Fletcher’s fellow members of the Dread Penny Society, a fraternity of authors dedicated to secretly fighting for the rights of the less-fortunate. Determined to find the elusive Mr. King, Fletcher approaches Miss Black. As a fellow-author, she is well-known among the high-class writers; perhaps she could be persuaded to make some inquiries as to Mr. King’s whereabouts? Elizabeth agrees to help Fletcher, if only to insure her secret identity is never discovered.  For the first time, Elizabeth experiences the thrill of a cat-and-mouse adventure reminiscent of one of her own novels as she tries to throw Fletcher off her scent. But the more time they spend together, the more she loses her heart. Its upper-class against working-class, author against author where readers, reputations, and romance are all on the line.

Email ThisBlogThis!Share to TwitterShare to FacebookShare to Pinterest
Labels: Sarah M Eden, The Lady and the Highwayman 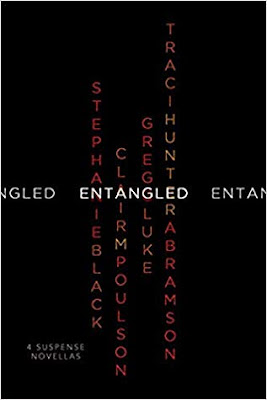 FTC FYI: I received an ARC from publisher. All comments and opinions expressed are my own.

Mystery and desperation collide in Entangled, a compilation of novellas that twist, turn, and terrify, penned by four popular suspense authors: Traci Hunter Abramson, Clair M. Poulson, Gregg Luke, and Stephanie Black.A woman on the run from a man who is always one step ahead.A mother who will stop at nothing to find her missing daughter.A wife determined to discover the source of the illness attacking her husband.A newlywed caught in a web of murder, unsure of whom to trust.Featuring a chilling cast of villains, these stories tell the tale of strong heroines forced to make perilous snap decisions in their quest to outwit evil. With an abundance of intrigue and danger, each masterful mystery is sure to leave you breathless.

WOW! I loved this book. Each story is full of danger, heart-pounding suspense, evil bad buys, and strong, capable good guys! I couldn't turn the pages fast enough. I really liked the novella length for each story. This efficiently moved the plot along quickly. I never felt lacking in details or character depth. These are talented authors that really know how to pull in the reader, no matter the length of story. If you asked my favorite, that would be really hard. All were wonderful. Each unique and genuinely great stories. Each moved fast, which I liked. 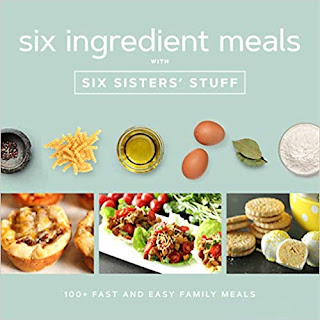 With only six ingredients or less per recipe, making dinner has never been easier. Six Sisters' Stuff is one of the most popular blogs for quick and easy cooking and entertaining at home for families. In their eighth cookbook, they tackle how to master meals for any cook with any skill level with more than 100 easy recipes made with incredible flavor combinations from just six ingredients or less. From beginning cooks learning the basics to busy parents looking to save time in the kitchen, this cookbook is loaded with entrees, side dishes, and desserts. Whether it's a one-pot wings dish or a no-bake peanut butter bar this cookbook is a fool-proof solution to meal planning and features kid-friendly chapters such as Kid Favorites and Kids Can Cook.

I absolutely love Six Sisters' stuff! Their recipes are easy to follow and the pictures make my mouth water. I have only been able to try a couple of these recipes so far and I have enjoyed each one immensely. I really loved the Slow Cooker Swiss Chicken. I am grateful for these easy to follow and delicious recipes. With my busy schedule, I really need something fast to prepare for dinner and these recipes help with that. I also appreciate the handy flap with the cover to save my spot so I am not flipping around trying to look for what I want to make!