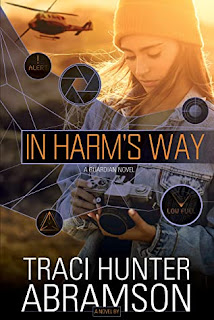 FTC FYI: I received a MOBI copy. All views and opinions expressed are my own.

For years, Troy has lived in the shadows as a Guardian. As part of this secret government taskforce, he has agreed to oversee the team’s base of operations on a remote private island in Maine, replacing fellow agent Ace and his wife, Kristi, for a year.

When Troy steps in to hold down the fort, however, he does not anticipate company. So when Kristi’s sister, Jocelyn, appears on the island, looking for a getaway, Troy is unnerved by her presence—hiding his top-secret work from the beautiful visitor is a recipe for disaster.

It’s been years since Jocelyn has been able to relax, and the family island is the clear antidote to the chaos of the business world. Expecting solitude, she is taken off guard by the presence of the handsome house sitter living in her sister’s home. Though she and Troy fall into an easy friendship, beneath his calm demeanor, he is an enigma. It’s clear the man who is quickly stealing her heart has a secret, but the truth is beyond Jocelyn’s wildest imaginings: Troy is involved in stopping a political coup, and their relationship threatens to place Jocelyn squarely in the crosshairs of a deadly assassin.

I am thrilled to share this amazing cover with you!

A DECOY recruited to be a spy.

A PRINCE compelled to become an assassin.

A SERJAH pressured by an unwanted crown.

A WORLD covered in shadows.

Mere months ago, Clare was just a kitchen maid. Now, she is a decoy for Princess Serene and a novice spy, caught in the royal family's web of secrets. While journeying to Mortise to finalize the princess’s betrothal to Serjah Desfan, Clare lives for the stolen moments she has with Bennick, the bodyguard who is quickly claiming her heart. But when a notorious assassin is hired to kill her, Clare’s life and the alliance hang in the balance.

In Ryden, Grayson prepares to leave for Mortise with his brother, Liam. Their orders are to ignite a war between their enemies, and Grayson has been tasked with assassinating Princess Serene. It may cost his soul, but he is ready to comply, as long as he gets something in return: freedom for Mia, the girl he loves. But the more time he spends with his brother, the more he begins to wonder if Liam is what Grayson wishes he had the courage to be . . . a traitor.

Desfan feels trapped. By his disapproving council, his impending marriage to a stranger, and the imminent arrival of enemy princes who may not want the peace they profess. When a dangerous drug threatens his people, Desfan jumps at the chance to rely on his swords instead of politics. But his investigation uncovers more than he bargained for—a plot that may destroy Mortise from within.

Eyrinthia hovers on the edge of war. Spies. Rebels. Traitors. All must choose a side.

Here is the beautiful cover! 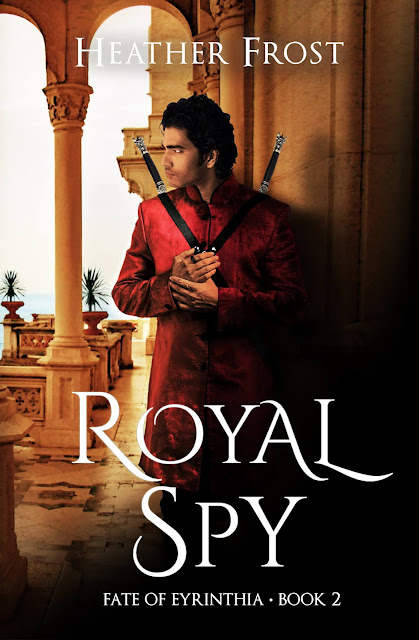 ***Pre-order Royal Spy and fill out the form to receive an EXCLUSIVE scene from Bennick’s POV:
The Decoy and the Bodyguard*** 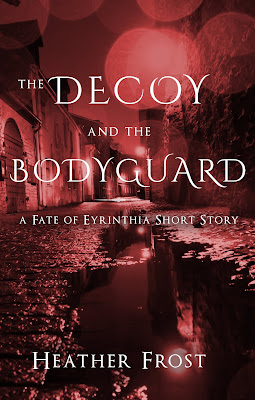 Heather Frost writes mostly YA fiction and has a soft spot for tortured characters, breath-stealing romance, and happy endings. She is the author of the Seers trilogy and the Fate of Eyrinthia series. She has a BS in Creative Writing and a minor in Folklore, which means she got to read fairy tales and ghost stories and call it homework. When she's not writing, Heather likes to read, travel, and hold Lord of the Rings movie marathons. She lives in a beautiful valley surrounded by towering mountains in the wilds of Utah. To learn more about Heather and her books, visit her website: www.HeatherFrost.com.

A Captain for Caroline Gray by Julie Wright 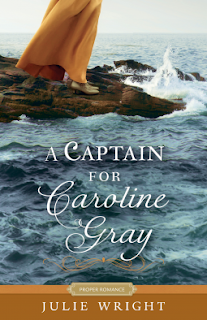 A Captain for Caroline Gray
Author: Julie Wright
Publisher: Shadow Mountain
Published: March 6th, 2021
336 pages
FTC FYI: I received an ARC from the publisher. No review was required, however, all views and opinions expressed are my own.
Summary
Caroline Gray would rather be daring and intelligent than demure and insipid, which is why she is still unmatched after her third season in London. Her family’s threadbare finances leave Caroline with only one choice to secure her future: sail with the Fishing Fleet to India, where the son of a family friend is willing to consider an engagement to her.

Captain Thomas Scott loves the open sea as much as he despises the three-month, twice-yearly trip his ship makes as he ferries young English girls across the ocean. He can’t imagine what family would allow an innocent young woman to be matched up with the Englishmen of questionable reputation who work and live in India.

But when Miss Gray boards the HMS Persistence, all of Captain Scott’s plans are upended. Miss Gray’s fiery spirit can’t be contained, and he is shocked and secretly delighted at her boldness—and her beauty. But the rest of his passengers aren’t so kind.

Caroline finds herself an outcast among her peers, but Captain Scott becomes an unlikely ally. They share the same passions and interests, creating an undeniable attraction. But they both know any relationship between them is impossible. After all, Caroline has obligations to fulfill in India.

Caroline has until the end of the voyage to decide if she is going to marry a man she has never met or be brave enough to love a sea captain who just might break her heart.
My review
Posted by Mindy Holt at 2:00 AM No comments: