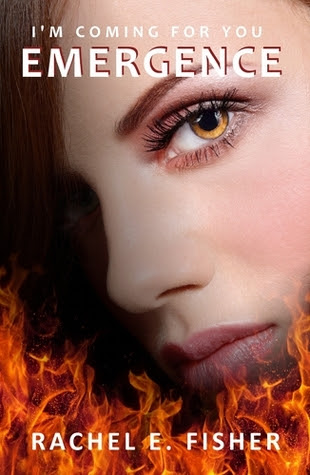 
"I promise you, Sean. We're going to stop them."The pieces on the board are in motion and with both sides gathering strength, each move will be critical. When the Truthers make a play for checkmate, the Seeders are forced to respond. Fi and her companions will face greater challenges and higher stakes than ever before, because this time if they fail, it's for keeps.

The mission of Eden must be fulfilled and Eden’s best Seekers are needed. Forming a new group they dub the Seeders, Fi, Asher, and Sean are joined by a new addition as they set out to bring hope and support to the Topsiders in the form of radios and heirloom seeds. Their experiences Topside prepare them for the threat from marauding gangs they call Lobos, but it is a different, less obvious sort of threat that takes them by surprise. As radio broadcasts begin to reconnect Eden and the Topsiders, the Seeders stumble upon mysterious broadcasts from unknown stations. When two of their own new radio stations go silent within days of each other, Fi and her companions realize that something is terribly wrong. Eden finds itself pitted against a growing and unknown force as their very mission lights the flames of war.

Eden's Root #1
It is 2033, and the world hovers on the edge of explosion as unexplained crop deaths lead to severe global food shortages. In the United States, the Sickness is taking lives slowly, creeping its way into every family. Fi Kelly has already faced the Sickness in her own family, toughening her beyond her years. But a shocking confession from her dying father will push her toughness to its absolute limits. Saddled with an impossible secret and the mission of saving her little sister, Fi sets out to transform herself into the warrior that she must become to survive the coming collapse. Along the way, she will discover that evil can be accidental and that love can be intentional.

I am a wife and entrepreneur living and working in Florida. I am also a graduate of Mount Holyoke College, where I majored in Biology. It was always my assumption that I would end up making research my life. Though it did not work out that way in the end, my passion for Biology remains intact.
I have always loved biology-based science-fiction and the young adult genre. It is in this vein that I offer my work.

Want to POST this awesome BOOKBLAST on your blog?!  Email BurgandyIce(at)live(dot)com for an easy-to-post html code and celebrate the release of Emergence with us!!