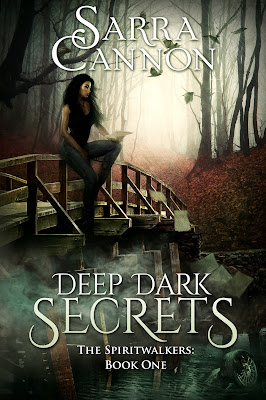 The deadliest secrets are the ones we keep from ourselves…

One year ago, seventeen-year-old Marayah Freeman nearly died in a tragic car accident that also took the life of her best friend, Hailey.

Memories of the accident plague Marayah, but no one believes they’re real. They say there was no shadowy figure on the bridge that night. No oil-black tears running down Hailey's face. No guy who appeared from a bright light in the forest.

Frustrated, Marayah locks those memories away and tries to focus on the future, but the past keeps pulling her back. A guy who looks like the stranger from the forest enrolls in her school, and her nightmares are getting worse. But when she finds a note in her locker, the mystery of the accident becomes more terrifying than ever. The note is from Hailey.

it wasn’t an accident.”

And he was gorgeous.

I straightened and walked toward him, but the closer I got, the more I realized that he wasn’t quite the guy from my dreams. I shook my head, unable to make sense of it. He had the same tall, muscular build. The same copper skin and dark eyes. The braid running down his back was exactly the same as the one I’d seen in my dreams.

But his face was slightly different. Younger with higher cheekbones.

The way he stared at me sent shivers across my skin. His eyes were the same.

“Did you follow me?” he asked, glancing toward the school.

“Yes,” I said, working to catch my breath and still my heart. “Sorry, I can’t explain it. I thought you were someone else.”

My hand raised to the medallion at my throat, and his eyes followed. His gaze narrowed. Darkened. His jaw tensed.

“What?” He had me completely frazzled. There was something incredibly intense about him, and it turned my brain to mush.

I shook my head and my cheeks warmed. He looked angry, and I guess I couldn’t blame him. We were complete strangers, and I’d just chased him down.

I turned to head back to the school, embarrassed and confused. Maybe I was going crazy.

I stopped and turned back slowly. Something about the way my name sounded on his lips was so familiar, it made me dizzy.

He shrugged, but his dark eyes stayed sharp as he stared at my face. “A lot of people have been talking about you,” he said. “Wondering if you would be coming back to school this year.”

“I just transferred,” he said, not offering any further information.

“Oh.” If he’d just moved here, he couldn’t possibly have been there that night a year ago. Still, this couldn’t be a coincidence. “Well, I’m sorry I chased you down.”

I wanted to turn and walk away, but something about the way he looked at me held me to the spot. He was a stranger, but I felt he knew a lot more about me than he was saying.

“I have to go,” he said finally. His eyes dipped again to the medallion at my throat, but he didn’t say another word. He simply got into his truck and drove away.

“Who are you?” I whispered, but he was too far away to hear. 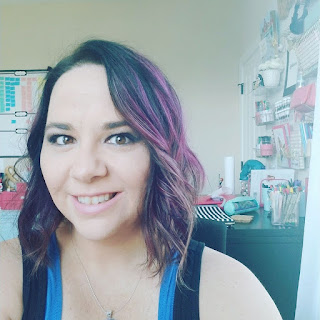 Sarra Cannon writes contemporary and paranormal fiction with both teen and college-aged characters. Her novels often stem from her own experiences growing up in the small town of Hawkinsville, Georgia, where she learned that being popular always comes at a price and relationships are rarely as simple as they seem.

Sarra recently celebrated seven years in indie publishing and has sold over half a million copies of her books. Her most popular series is The Shadow Demons Saga.

She is a devoted (obsessed) fan of Hello Kitty and has an extensive collection that decorates her desk as she writes. She currently lives in Charleston, South Carolina with her amazingly supportive husband and her adorable son.