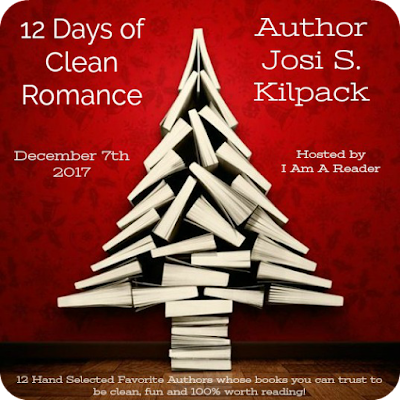 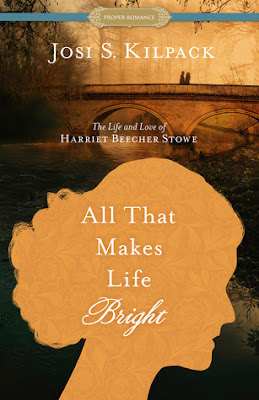 All That Makes Life Bright: The Life and Love of Harriet Beecher Stowe by Josi S. Kilpack
When Harriet Beecher marries Calvin Stowe on January 6, 1836, she is sure her future will be filled romance, eventually a family, and continued opportunities to develop as a writer. Her husband Calvin is completely supportive and said she must be a literary woman. Harriet’s sister, Catharine, worries she will lose her identity in marriage, but she is determined to preserve her independent spirit. Deeply religious, she strongly believes God has called her to fulfill the roles of wife and writer and will help her accomplish everything she was born to do.
Two months after her wedding Harriet discovers she is pregnant just as Calvin prepares to leave for a European business trip. Alone, Harriet is overwhelmed—being a wife has been harder than she thought and being an expectant mother feels like living another woman’s life. Knowing that part of Calvin still cherishes the memory of his first wife, Harriet begins to question her place in her husband’s heart and yearns for his return; his letters are no substitute for having him home. When Calvin returns, however, nothing seems to have turned out as planned.
Struggling to balance the demands of motherhood with her passion for writing and her desire to be a part of the social change in Ohio, Harriet works to build a life with her beloved Calvin despite differing temperaments and expectations.
Can their love endure, especially after “I do”? Can she recapture the first blush of new love and find the true beauty in her marriage?

Purchase link
Amazon ebook / Amazon Paperback
I am a participant in the Amazon Services LLC Associates Program, an affiliate advertising program designed to provide a means for me to earn fees by linking to Amazon.com and affiliated sites.
Praise for All That Makes Life Bright
“Passionate–and entertaining.” Publisher’s Weekly, Sept 2017
“Kilpack writes with great insight and superb sensitivity.” Booklist, Starred Review Sept 2017
“All That Makes Life Bright is about making marriage work in the face of challenges like a desire for personal freedom. It is a romance with broad appeal.” Foreword, November 2017

Eliza. Thoughts of her dear friend and Calvin’s first wife brought an array of emotions. What would Eliza think of Hattie carrying Calvin’s child? A child Eliza had wanted so much and never had. Hattie usually told herself Eliza would be happy that she and Calvin found comfort together, but there were days when Hattie’s awareness that Calvin still held affection for Eliza rose like a specter. Prayer, studying the Bible, and remembering the assurance she’d felt of God’s approval would usually silence her guilt, but today the fears roiled inside her like the churning wheels of an undertaker’s carriage.
Had Eliza lived, Hattie would be teaching, writing—unmarried and unpregnant. Had Eliza lived, Calvin would only be the husband of Hattie’s friend, and he would enjoy dinner on the table every night, and pressed pants and clean shirts in the closet every morning. Perhaps Eliza would have given him a child by now. When headaches laid him low, Eliza would tend to him without a thought for herself.
Would Calvin be happier if Eliza had been the only Mrs. Calvin Stowe? Would Hattie? Was Catharine right? Had Hattie entered a phase that would lead to the demise of being her own person? Anxiety wrapped around her until she found herself sobbing at the splintery kitchen table.
Eliza. Eliza. Eliza.
Calvin. Calvin. Calvin.
Was she living the wrong woman’s life?

Author Josi S. Kilpack
Josi S. Kilpack hated to read until her mother handed her a copy of The Witch of Blackbird Pond when she was 13. From that day forward, she read everything she could get her hands on and credits her writing “education” to the many novels she has “studied” since then. She began writing her first novel in 1998 and has written twenty-five novels, one cookbook, and been part of multiple collaborations since then. She is a four-time Whitney Award winner and Best of State winner in Fiction. Josi currently lives in Willard, Utah, with her husband and children.
When Kensington Press picked up her first national women’s fiction novel, As Wide as the Sky, Josi was in need of a pen name to differentiate between her other genres. For years, Josi has been called Jessica Pack by people who hear her name but don’t know her, it made her new pen name easy to choose. As Wide as the Sky will be released in paperback sometime in 2018.

Ends 12/20/17
Open only to those who can legally enter, receive and use an Amazon.com Gift Code or Paypal Cash. Winning Entry will be verified prior to prize being awarded. No purchase necessary. You must be 18 or older to enter or have your parent enter for you. The winner will be chosen by rafflecopter and announced here as well as emailed and will have 48 hours to respond or a new winner will be chosen. This giveaway is in no way associated with Facebook, Twitter, Rafflecopter or any other entity unless otherwise specified. The number of eligible entries received determines the odds of winning. Giveaway was organized by Kathy from I Am A Reader and sponsored by the author. VOID WHERE PROHIBITED BY LAW.