Archangel: The Power of His Touch by Alaina Stanford -- Cover Reveal/Giveaway


We are so excited to have Author Alaina Stanford return to share her newest book with us today!

Don't forget to go Check out the other bloggers on this tour!!

I have one of those brains that won't turn off at night. Many nights I would distract my intellect by revamping a movie, book or TV show in my mind. I would twist and turn the plots and characters to achieve the ending I preferred. That developed into side stories about my favorite minor characters. Each night I fell asleep in the middle of a grand adventure. It wasn't long before I began to create stories of my own and put pen to paper.

I love a good adventure. I love a good romance. As the mother of seven children, I also learned to love to play video games. One day it occurred to me to write an adventure that flowed like a video game and I added a touch of romance. Thus, Hypnotic Journey was born. The HJ characters are like a family to me. They are foolish, daring, resourceful, passionate and dedicated to their friends.

My love for Science Fiction gave birth to the Treborel Series. It’s a paranormal Sci-Fi romance featuring a psychotic villain and a multiple layer
of hero's fighting to survive the chaos.

Links to social media sites for the author

AND NOW FOR THE NEWEST OF HER BOOKS! 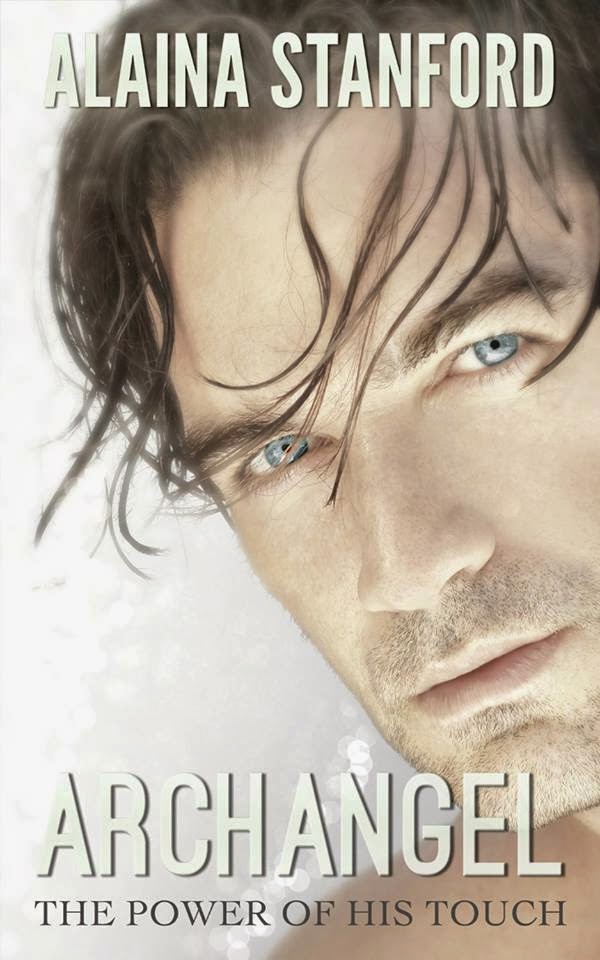 Archangel: The Power of his Touch

Rafi discovers a demon plot to release a pandemic in a large metropolitan city. Disguised as an agent of the World Health Organization, Rafi searches for the source. When he meets a young biochemist name Sophia at the center of the pandemic everything changes. Rafi is quickly torn between his divine mission and his growing feelings for Sophia. Dare he balance both with millions of lives at risk?

Don't forget to go check out the other bloggers on this tour!!

Rafi’s eyes narrowed in the darkness. She was waiting for him. His footsteps were as silent as the grave, but she knew he was near. Rafi’s hands and arms tingled like ants crawling up his sleeves. That alone was enough to warn him a powerful demon was near, but he knew her M.O. there was a baby in this room. He stepped deeper into the small bedroom. The dim glow of the city lights crept through the open window casting shadows across the nursery. He could see her slender form lying in the crib wrapped around the baby.
She wouldn’t leave the room alive. But could he save the baby?
“Come closer my tall, dark stranger.” Her seductive whisper snaked into his ears.
“Lilith,” Rafi whispered, the hint of a Spanish accent still lingered in his voice from ancient days. He added, “Come here and give me a kiss my lovely.” His eyes lingered on her long shapely legs draped over the side of the crib.
Lilith’s thin nightgown did little to conceal her full hips and narrow waist. Her pale green skin appeared to glow in the darkness. A gentle shift of one shoulder and her plunging neckline shifted to allow a naked breast to slip free of its binding. Rafi took a step closer.
“Oh Rafi, my love. You vex me with such an empty temptation.” She spoke in breath-filled tones. “Will you kiss me with all the empty passion of your noble heart as you slit my throat?”
Rafi’s wicked grin flashed in the darkness. “Lilith you are as beautiful as the day you were spawned in hell. It’s hard to believe you’ve given birth to millions of demons. Your waist is as small as a young maiden’s. You’re breasts are as firm as a new bride on her wedding night.”
“I am the mother of all demons.” She whispered softly pursing her full pouty lips. “No other has come before me, none shall follow. I am as beautiful as an archangel and as deadly as an angry viper.”
Holding her gaze, Rafi added, “If you release the baby, I promise I’ll give your tiny ass a comforting squeeze as your take your last breath.”
Lilith giggled and glanced down at the newborn infant in her arms. “He’s such a beautiful boy, only 3 days old. This is so unfair Rafi. You wound me so with your perfect timing. If you could have come just a few minutes later; I would not be forced to choose between the softness of your lips and the taste of his sweet blood.”
“You know how this is going to end.” Rafi added softly, his eyes flashing a deadly warning.
“Oh, you are so irresistible Rafi.” She whispered placing the baby on the mattress and rising slowly to stand in the crib. “Your hair is as black as demon blood. You have the Spaniard’s noble brow and dark skin. Your silver eyes sparkle like the coins mortals used to place on the eyes of the dead; coins to pay the ferryman for their journey to hell.”
As she rose, her long flowing red hair began to writhe and sway with a life of its own. She swung one leg over the crib’s rail and straddled it. Her hips began to move in a slow, rhythmic motion. She ran her tongue across her lower lip seductively circling her mouth.
Rafi reached slowly behind him to touch the handle of a large hunting knife sheathed to his belt. “The ferryman is an empty legend. He doesn’t exist.”
“Oh, my love, but he does.” She kicked her other leg over the rail and landed silently on the floor. “You are my ferryman; you have sent me across the river of death far too many times to count. It’s getting rather boring.”
Rafi chuckled, “Perhaps you should consider that simple fact before you return again. Save yourself the agony of another death, another fall from your master’s grace.”
He’d truly forgotten how beautiful she was. Lilith’s high cheekbones, big blue eyes and plump lips were the perfect complement to her large round breasts. She reached out toward him with her long slender arms. Rafi gazed into her eyes. Her skin pulsed with an eerie pearly hue reminding him of why he’d come.
She cooed, “You realize that each time you banish me back to hell I am forced to give birth to another horde of demons before I return. Perhaps you should reconsider, save yourself some time and effort. As long as I am here on earth, no new demons are born. Demons that will roam the earth seeking to do mortals harm. Demons you will one day have to banish time and time again until the end of days. Wouldn’t it be easier if they were never born? Aren’t you overwhelmed by the constant wandering you are forced to endure? Never resting, never slowing, and always searching in your blood lust. Don’t you yearn for one moment of rest, one night of peace? I can make that happen, Rafi. Just for you. Isn’t that worth the lives of a few thousand babies? Let me stay and you may even have time to relax, take a lover. Relieve some of that nasty sexual tension that’s building up inside your tall, muscular form.” Lilith moved slowly toward him away from the baby. “Perhaps tonight you will finally let me ease your suffering, Rafi. I can suck all that stress and tension away, if you would only allow me.”
Rafi smiled and whispered boldly. “Lilith, the last place I want to stick any part of my body is inside you.”

a Rafflecopter giveaway
Posted by Mindy Holt at 7:00 AM

Email ThisBlogThis!Share to TwitterShare to FacebookShare to Pinterest
Labels: Alaina Stanford, Archangel: The Power of his Touch, cover reveal