Sleeping Beauty and the Beast by Melissa Lemon -- Combined Review 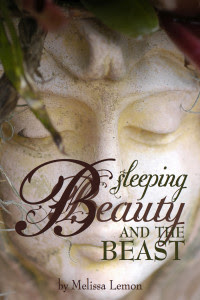 Sleeping Beauty and the Beast

Trapped in a cursed sleep, the only experiences Princess Eglantine has are the ones in her dreams. There she meets Prince Henry of Fallund, a neighboring kingdom on the brink of war. Meanwhile, Prince Henry's brother Duncan discovers a vicious beast imprisoned for murder. Captivated by her, he works to free her from both the prison bars she's locked behind and the ones surrounding her heart and mind. Sleeping Beauty and the Beast reinvents and seamlessly intertwines the classic fairy tales Sleeping Beauty and Beauty and the Beast.

I have been a fan of Melissa's for a long time.  Her books are fabulous.  Her most recent retelling was Snow Whyte and the Queen of Mayhem, which I loved.  I loved this unique retelling combination of Sleeping Beauty and Beauty and the Beast.  Melissa did a fantastic job with this story.  The characters are intriguing and the story is very enjoyable.  I loved how beauty was only seen by Prince Henry and I really loved how the beast was tamed.  Henry was the only one that could see Eglantine, and that made for some funny and then some uncomfortable scenes for Henry, but the best part was, he didn't care.  Many thought he was losing his mind, including his twin brother Duncan.  Duncan ended up being one of my favorite characters.  His willingness to see the beast in a different way, was very enduring.

The story switched from Eglantine's point of view while she "slept", to the beast's, which was mostly Duncan visiting her and trying to figure out how to help her.  The fact that the beast was a woman, was a very cool twist.  I especially enjoyed the ending and how it all wrapped up.

4 out of 5 stars.  If you like fairytales and retellings, you will love this story.  The ending is so satisfying, it will leave you with smiling.

Sleeping Beauty and the Beast...two fairy tales woven into one. I absolutely love a well written twisted fairy tale and Melissa Lemon has always done a great job of doing this in the past. I loved Cinder and Ella and also Snow Whyte and the Queen of Mayhem. Sleeping Beauty and the Beast shows again why Melissa has this fairy tale "telling" down to a science. She takes old stories and makes them into a different story. Once familiar characters are now brand new.
I loved how Sleeping Beauty was written. We hear her tell her own story, even though she's asleep and she can move about in her dreams. This is how she meets Prince Henry. At first he is the only one that can see Princess Eglantine as she floats around in her ethereal form. They become close as they learn to talk, listen and support each other through their trials.
The Beast part of this fairy tale is unique in that "The Beast" is a woman, not a man. Prince Henry's brother, Duncan, becomes intrigued and obsessed with the wild woman accused of murder. Being different from his brother and how he views the royal life, Duncan goes out of his way to free this agonized woman both physically and mentally. This part of the story truly touched me as Duncan never gave up on this woman that others were so ready to put to death.
Sleeping Beauty and the Beast will challenge the old telling of these tales. You will find yourself quickly enveloped in the lives of all four characters. The ending will leave you happy and fulfilled. This clean read is suitable for any tween, teen and adult reader who loves a fairy tale with a perfect ending. 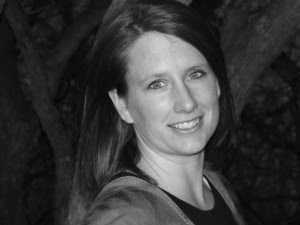 Bio: Melissa Lemon is the author of two other fairy tale retellings: Cinder and Ella and Snow Whyte and the Queen of Mayhem. She is also the author of a sweet romance called Blue Sky. Writing is just one of her passions. She also loves music, reading, baking and exercising. She is wife to a patient man, mother to three spunky girls, and warden to a tolerant cat named Matilda.