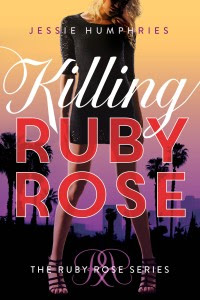 FTC FYI: Received a PDF review copy in exchange for an honest review.

In sunny Southern California, seventeen-year-old Ruby Rose is known for her killer looks and her killer SAT scores. But ever since her dad, an LAPD SWAT sergeant, died, she's also got a few killer secrets.

To cope, Ruby has been trying to stay focused on school (the top spot in her class is on the line) and spending time with friends (her Jimmy Choos and Manolo Blahniks are nothing if not loyal). But after six months of therapy and pathetic parenting by her mom, the District Attorney, Ruby decides to pick up where her dad left off and starts going after the bad guys herself.

When Ruby ends up killing a murderer to save his intended victim, she discovers that she's gone from being the huntress to the hunted. There's a sick mastermind at play, and he has Ruby in his sights. Ruby must discover who's using her to implement twisted justice before she ends up swapping Valentino red for prison orange.
With a gun named Smith, a talent for martial arts, and a boyfriend with eyes to die for, Ruby is ready to face the worst. And if a girl's forced to kill, won't the guilt sit more easily in a pair of Prada peep-toe pumps?

Wow, what a ride!  This is a very fast-paced, engaging book that doesn't stop until the last page.  I was sure I knew what was going to happen next, but then I would turn the page, and I was pleasantly surprised with what I thought might happen, didn't happen, and I would just have to keep on guessing what was going to happen next.  Ruby is a complicated, but enjoyable character with a great inner voice.  Liam was a fun addition that Ruby needed in her life.  With a dead dad and an absent mom, Ruby needed to try to let others in her life (other than her obsession with finding bad guys).  Huge twist at the end, but when I looked back at a few pages when I was finished, the twist made sense, but was still very shocking, and awesome!

4 out of 5 stars.  I am definitely looking forward to the sequel!

There is some language, nothing I was offended by, no F word.  Some kissing scenes, no sex.  Some violence and references to crimes. 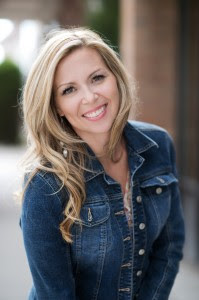 Goodreads: http://www.goodreads.com/author/show/7058718.Jessie_Humphries
a Rafflecopter giveaway
Posted by Mindy Holt at 2:30 AM