I am excited to share this amazing cover with you!

When Desfan Cassian, the future ruler of Mortise, skips his fifteenth birthday celebration so he can gamble in the slums, he knows his father won't be pleased. Then again, the serjan hasn’t been happy with him in years. And while Desfan anticipates a reprimand for his latest transgression, he doesn’t expect to be thrown out of the palace and exiled onto a patrol ship for the next year.

Furious to be trapped on the same sea that stole his family four years ago, Desfan is fully prepared to hate his new life. After all, the Phoenix is run by a strict captain, and Desfan's annoying new bodyguard, Karim, is his constant shadow. But when Desfan learns that a group of dangerous pirates may have been behind the deaths of his mother and sisters, he's suddenly committed to hunting down the truth—no matter the risk. 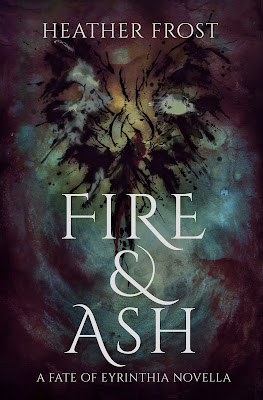 ***Fire & Ash is a novella set in the world of the Royal Decoy series. While it is a prequel story, it is best enjoyed after reading Royal Spy.***