A Pirate at Pembroke by Danielle Thorne -- Unforgettable Love 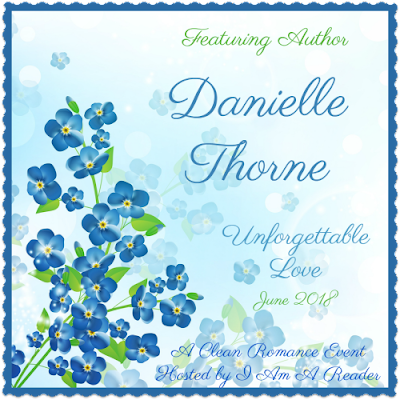 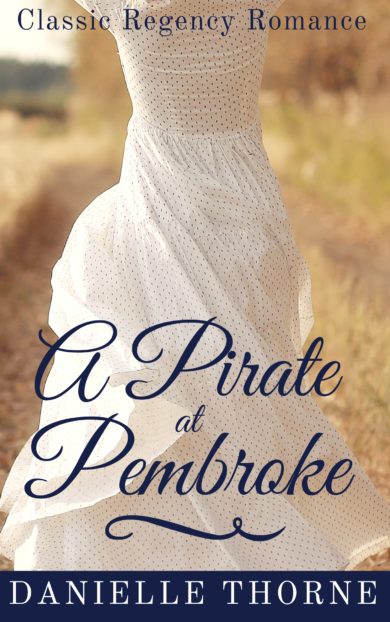 A Pirate at Pembroke by Danielle Thorne
Keeping company with a reputed pirate is one thing, but falling in love with him could ruin the eccentric Crestwood family for good…
Sophie Crestwood is never going to catch a husband. Her father is a gossip, her mother has her nose in a book, and little Jack has shamefully been dismissed from boarding school. Worst of all, a pirate moves next door into Pembroke Hall.
When Sophie’s sent to a matchmaking party at a neighboring estate, the pirate from Pembroke arrives and distracts everyone from the summer festivities. Unguarded, her feelings about the mysterious Captain Murdock bloom into a trusted friendship that Sophie fears may come to mean more than anyone would ever suspect.
Click on the images to purchase, or click here
Excerpt
He held a handful of her shift in his fist. She had not snagged it after all. Rather, he had snagged her. She jerked in surprise, but his hold kept her from falling backward and tumbling down the stairs. His other hand trembled as it balanced precariously on a carved dragon head at the top of his cane.
“What do you think you are doing?”
“I… I heard music and followed it.”
His eyes blazed with accusation, and it unnerved her.
“I’m so sorry,” she said in a choking voice. Her nose tingled again. She touched it with her fingers to make it stop.
“It’s not possible you heard music from all the way down in your room.”
Sophie took a nervous breath. He stood there, one step above her like a giant, her bedclothes gripped in his hand so tight it shook. She hadn’t heard him shuffle down the hall after her. He moved as silent as a ghost when he wanted — even with a cane. She found the courage to meet his penetrating gaze. “I did hear something from my room. Then I was in the hall.”
Captain Murdock waited for a long pause, while the dust they had stirred up in the rugs pirouetted in the air and into Sophie’s eyes and nose. “You should not be out of bed,” he said.
Sophie swallowed down her frightened apprehension. She tried to beg his pardon, but her lungs failed her, and she coughed in reflex. She covered her mouth with her fingers. “I’m so sorry,” she repeated between them, her cheeks hot with humiliation. She stared at the fistful of her garments he’d snatched, aware his eyes examined her from her straight, waist-length hair down to her naked ankles. With a jerk, he dropped her shift like it burned his hand.
“Go to bed,” he said in a quiet voice.
Sophie’s nose had not quit tingling and itching. “Yes, sir,” she said at once, but not soon enough to keep a sneeze from erupting. It came so fast and without warning, she had no chance to catch it before it doused him with all her rejection.
Horrified, she stumbled down the next step, thankful the old handrail held fast. When she glanced back, he was wiping off his shirt with a look of disgust.
Author Danielle Thorne
Danielle Thorne is the author of classic romance and adventure in several genres. She loves Jane Austen, pirates, beaches, cookies, antiques, cats, dogs, and long naps. She does not like phone calls or sushi. A graduate of Ricks College and BYU-Idaho, Danielle saw early work published by Every Day Fiction, Arts and Prose Magazine, Mississippi Crow, The Nantahala Review, StorySouth, and… you get the idea. Besides writing, she’s edited for both Solstice and Desert Breeze Publishing. Her growing blog, The Balanced Writer, focuses on writing, life, and the pursuit of peace and happiness. Currently, Danielle freelances as a non-fiction author, copywriter, and editor, while waiting to hear from readers like you through her website. During free time, which means when Netflix is down, she combs through feedback and offers virtual hugs for reviews. 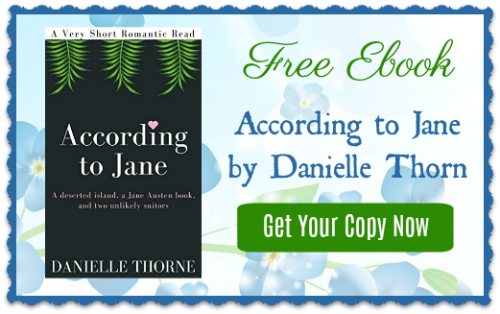 Giveaway Details
Ends 6/30/18
Open only to those who can legally enter, receive and use money sent via Paypal or gift codes via Amazon.com. Winning Entry will be verified prior to prize being awarded. No purchase necessary. You must be 18 or older to enter or have your parent enter for you. The winner will be chosen by rafflecopter and announced here as well as emailed and will have 48 hours to respond or a new winner will be chosen. This giveaway is in no way associated with Facebook, Twitter, Rafflecopter or any other entity unless otherwise specified. The number of eligible entries received determines the odds of winning. This giveaway was organized by Kathy from I Am A Reader and sponsored by the author. VOID WHERE PROHIBITED BY LAW.