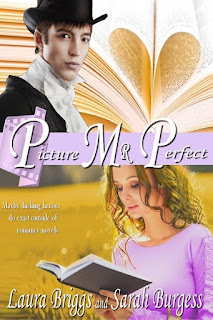 Book Summary: Jason Barry’s no hero, although he does hope to change the world one day by helping people once he finally earns his master’s degree in psychology. When his scholarship is unexpectedly revoked, however, Jason takes on a temporary modeling gig for money to help pay the bills, never dreaming it’ll land him on the cover of a best-selling romance novel – and transform him from the boy-next-door to a hot literary hunk almost overnight. Suddenly, women recognize Jason as the face of sexy ‘Lord Damon’ everywhere he goes, making him the envy and admiration of his male friends. But as covers featuring him as everything from a swashbuckling hero to Mr. Darcy himself causes his celebrity status to explode, Jason struggles to balance his academic pursuits, as well as his deepening attraction for Emily, a waitress and part-time student at his university. Emily is definitely unimpressed by Jason’s literary alter-ego. But can the real Jason convince her there’s more to him than meets the eye? Or will bigger issues prevent their happy-ever-after, when certain truths between them challenge the definition of a real hero? Bio: Laura Briggs graduated from a Missouri liberal arts college in 2008 with a Bachelor of Arts degree in English. Her first published work was Only in Novels, a short romance story from Pelican Book Group. Among her independently published works are a series of wedding-themed romances, as well as Jane Austen-inspired fiction.

"Lord Damon," said Jason. "That's what she said to me. I swear. And then I saw it in the window. Me, all over these book covers, as some sort of swashbuckler or gentleman hero or something."

"This is a joke, right? Stop it already," Greg answered. "I'm not buying it."

"You want me to prove it? Fine." He grabbed his roommate's car keys off his desk. "I'll prove it. Come on."

Greg didn't believe him until they were standing outside the book store's window. He watched his roommate's jaw drop slightly.

"Come on. Let's get away from here." Jason tugged him in the opposite direction. Greg followed, but slowly, his glance still drifting towards the hero version of his roommate plastered all over the book covers.

"So what happened?" Greg asked. "How the heck did someone think of you for that book?" His tone was somewhere between total skepticism and disgust, not that Jason blamed him. Something about the cover seemed too cheesy, as if he was being hit in the face with a cream pie every time he saw this alternate version of himself. It was too much to handle.

"All right. I went to this agency who put an ad in the paper" said Jason. "They take photos of you —"

"Not nude ones," Jason answered. "Just ordinary photos. They pay you — you sign a release, and they can sell the picture to someone else, who can use it for anything they want. I did it for forty bucks. I didn't think they'd actually use it for anything, I thought they'd probably toss it in the trash."

"It's not a pirate costume," Jason retorted. "Trust me. They were very specific about that."