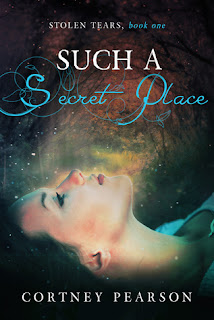 Raids splatter across the news--Arcaian soldiers are stealing magic left and right, using it against the people they steal it from.

When sixteen-year-old Ambry Csille's brother gets taken in one of these raids, her utter fear and panic should be enough to invoke tears in any normal world. But for Ambry, tears are a thing of the past.
Because of a spell, people can no longer feel emotion; not enough to cry, and definitely not enough to defend themselves against the tyrannical soldiers stealing her people’s magic. A rare vial of enchanted tears chooses Ambry to reverse the spell, and soon she finds herself the target not only of the Arcaians, but of battle-scarred Talon Haraway, who wants the tears for his own reasons.
All Ambry wants is to rescue her brother, but when her tears get stolen, Ambry determines to work with Talon to get them back. Any day the Arcaians could drink her tears. Any day they’ll succeed at draining her people's magic completely, and all hope will be gone—not only for her brother, but for her world. 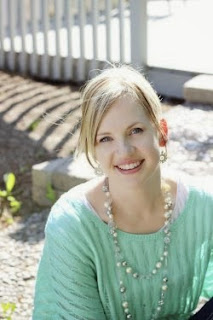 Cortney is a book nerd who studied literature at BYU-Idaho, a music nerd who plays clarinet in her local community orchestra, and a writing nerd who creates stories for young adults. She lives with her husband and three sons in a small Idaho farm town.
Follow Cortney on her pages
https://www.facebook.com/cor2ney
https://twitter.com/cor2ney
http://www.cortneypearson.com/

“Who are you, Talon?” I ask, trying our argument once more. “Please, tell me.”
“You’ll know more about me when I’m ready for you to,” he says softly in his peculiar accent and that velvet voice.
“And you’re not ready for me to know more.”
He stares at the flames and stokes the fire with a nearby stick. The silent answer is enough. For now.
Every inch of me senses his skin, his leg kneeling near mine. My heart frolics under my ribs. I don’t get what’s going on. Why he’s suddenly changed so much—toward me, anyway. He’s not any different than he was before, but I like it. And that scares me.
He sinks back onto his foot and rests an arm on his knee. Muscles strain the lines of his brown shirt, roping down his arm.
I’m growing more agitated with him the longer I sit here, and yet I just want to reach out and touch his skin. Nothing’s making sense. I don’t get these rickety moods of his. One minute he’s angry, the next he makes a comment refuting every other remark.
“Can you at least tell me what our immediate plans are?” I ask. We’ve been heading toward the tears, but that can’t be all there is to this whacked-out journey we’re on.
“That’s in your hands, actually,” he says, sliding me a husky look.
“Mine? Why?”
The tears pang at my back, reminding me of their direction. Right. I’m leading him to them.
Talon sighs and frowns into the heat of the fire. “There’s also someone I need to find. I want to know who shed those tears, and I think he has a way of determining that.”
Now we’re getting somewhere. “And you think it’s important, to know whose they are?”
His fire-gleamed eyes hold me still. “Very.”