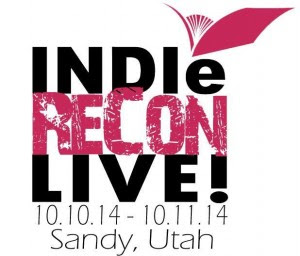 I'm so excited to announce that I won THREE HOWEY AWARDS at IndieReCon Live!

Rowan and Kalin won for BEST KISS in MORTAL ENCHANTMENT

These awards mean a lot to me because they were voted on by readers. They said they got over 28,000 votes and over 300 novels were nominated. Thank you so much to anyone who voted for my books or characters. It really touches my heart to know that people out there enjoy what I do.

You can see the full list on winners HERE.

If you haven't read my series, THE SHADOW PRINCE is available for FREE on Amazon and Barnes & Noble 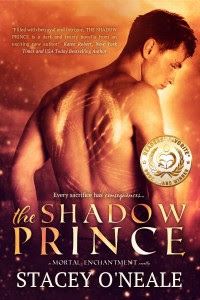 Sixteen-year-old Rowan has spent most of his life living among the mortals—learning to control the element of fire, impatiently awaiting the day his vengeful mother, Queen Prisma, will abdicate her throne. When he finally returns to Avalon for his coronation, his mother insists he must first prove his loyalty to the court by completing a secret mission:

Kill Kalin, the half-human, half-elemental daughter of the air court king. Willing to do anything to remove his mother from power, he agrees to sacrifice the halfling. He returns to the mortal world with his best friend, Marcus, determined to kill the princess. But as he devises a plan, he starts to question whether or not he's capable of completing such a heinous task. And what price he will pay if he refuses?


To celebrate my WINS, I'm giving away
1 $25 Amazon or Barnes & Noble Gift Card
PLUS Five additional Winners will get
SIGNED COPIES of my entire MORTAL ENCHANTMENT series (which includes FRAGILE REIGN)!!!

a Rafflecopter giveaway
Posted by Mindy Holt at 7:32 PM