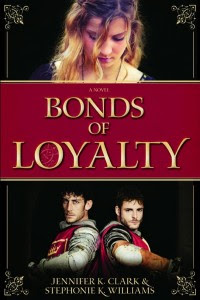 FTC FYI: Received a PDF copy in exchange for an honest review.

"It shall be the son, the firstborn in the new monarchy, who shall quiet the fears and unite the nation again."

The infamous prophecy declaring that the firstborn would be a boy is the last thing Sarah wants to deal with. As if being newly engaged isn’t difficult enough, she’s still coming to terms with the fact that the first eighteen years of her life were a farce. The prophecy—the reason she had been secreted away from her family and her royal heritage to begin with—wasn’t supposed to disrupt her life any more than it previously had. But when unexpected events force her to leave her fiancé, Prince Alexander, Sarah must return to her home country of Kyrnidan to face her destiny.

Reunited with her royal family, Sarah is thrust into the political turmoil that surrounds her ancestral home. To make things worse, her arrival has upturned the long-held prophecy.

As the voices of distension mount against her, Sarah turns to her bodyguard, Luther, for protection. But Luther’s protection comes with a price. Propelled into a plot that threatens her life and the welfare of the entire kingdom, Sarah must determine where her love and loyalty truly lie. Torn between two men, she will now have to face her fears and undertake a journey of self-discovery that will change the fate of a nation….

When I was asked to do the blog tour, I was only hesitant, because I hadn't read the first book, Mark of Royalty.  I am so glad I joined the tour, because I really, really enjoyed this book!  Sarah is a fabulous character who really comes to know herself and what she wants along the way.  She is nervous about going to visit her family in Krynidan, but receives urgent information from home that she is needed immediately.  Alex is unable to go with her, and that makes her not want to go even more.  She is so unsure of herself at first.  Many in the kingdom (and others) aren't welcoming and she starts to trust those she shouldn't.  I was so happy to see her growth as a princess and leader.  Sarah has to deal with many stumbling blocks along the way.  She is traveling with Apollo, the man who took her away from her family and her uncle Tobias appears as well.  He was also a threat to her when she was born.  There is also the issue of a prophecy that has the kingdom up in arms.

4 1/2 stars.  I loved the events that take place in this story and the characters are well-written.  My heart broke for Sarah many times, but I was very pleased with how she handles the tough situation she is faced with.  I did figure out something early on, but I eagerly finished reading to see how it would play out.  I will be reading the first book, Mark of Royalty as soon as I can.  FYI, if you haven't read Mark of Royalty, no worries, the authors do a great job of back story and catching the reader up.

a Rafflecopter giveaway
Posted by Mindy Holt at 2:30 AM